Summer sun & fun stuff to do in London: by London apartments

Othello is a gripping, fast-moving and attention-grabbing production of Shakespeare’s famous tragedy.  It is must see during a stay in London. It is directed by Nicholas Hytner and you can see it in The National Theatre, Olivier South Bank, London, SE1 9PX in London’s West End. Check out dates and tickets at http://www.nationaltheatre.org.uk/shows/othello

Pop along to the brilliantly unusual London Wonderground for some cabaret, music, circus and strange oddities from 10th May to 29th September.  You can enjoy outdoor performances and cool bars.  It takes place at the Southbank Centre looking towards the great view of the London Eye and surrounding London sights. 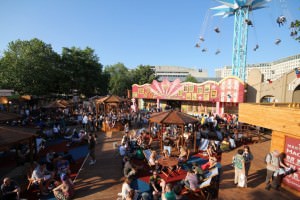 A exploration of how propaganda has been used during the 20th and 21st century across different cultures during war and peaceful times through a range of films, posters, sounds, cartoons and texts. Open from 17th May to 17th September.

This exhibition shows 200 black and white photos of some people in the world who still live by ancient values and traditions. Isn’t this refreshing? This exhibition will be a great insight into people not touched by modern society, open until 8th September 2013.

This exhibition is to commemorate the 150th anniversary of the worlds first underground transportation system and will show 150 of the best poster designs throughout this time since the first poster in 1908. It ends on the 27th October 2013 and this exhibition is included in £15 entry fee and children under 16 also go free. 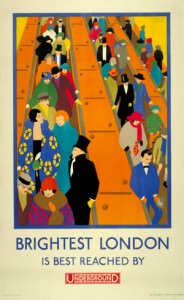 If you need somewhere to stay in London see our London Apartments throughout London.

PREVIOUS POST
Top things to do when staying in London apartments
NEXT POST
London attractions that do not disappoint!